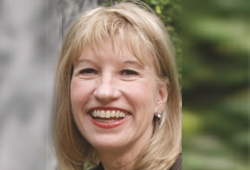 The Foundation for Physical Therapy was deeply saddened by the loss of a major luminary in the physical therapy community and member of the Foundation family, Jayne Snyder, PT, DPT, MA, FAPTA, who passed away on October 6, 2011 after losing her battle with cancer. Dr. Snyder served as the President and Chair of the Foundation for six years from 1997-2003, and was a driving force for the physical therapy profession through her tireless efforts of community leadership and political advocacy.

Dr. Jayne Snyder was the owner and founder of Snyder Physical Therapy, PC in Lincoln, Nebraska, where she worked as a clinician treating patients utilizing specialty techniques she had acquired over her multi-decade career in the areas of orthopaedics and sports medicine. Up until last month, when her illness prevented her from continuing her term, she served as a member of the Lincoln City Council where she actively worked to improve the quality of life of Lincoln's residents. Aside from her previous service on the Foundation's board, she also served on many other boards including the Nebraska Physical Therapy Association and the American Physical Therapy Association (APTA), often serving in leadership roles and on several key committees. In 1993, she served as State Opinion Leader to the White House on former president Bill Clinton's Economic Package. She was instrumental in the creation of the Guide to Physical Therapist Practice, which has been a key resource in state and federal legislative deliberations.

Dr. Snyder was the recipient of many awards and honors, including the Foundation for Physical Therapy's Charles M. Magistro Distinguished Service Award, the R. Charles Harker Policy Maker Award from the Section on Health Policy & Administration, as well as numerous awards from APTA including a special scholarship named in her honor that provides funding to single parents returning to school to obtain a professional or post-professional degree in physical therapy. In addition, she was honored by the Lincoln City Council by having the city's active living trails center named after her. Jayne was also a firm believer in finding viable evidence through research to prove the efficacy of physical therapy interventions, and to advance the field as a scientific profession. Her views led her to become a major supporter of the Foundation for Physical Therapy's work and inspired her to establish an endowment fund in 2006. The fund, entitled the Jayne L. Snyder, PT, DPT, MA, FAPTA Endowment Fund, provides a permanent source of funding to examine the efficacy of physical therapist practice through scientific methods of clinical research. Gifts to the Foundation in memory of Jayne Snyder can be made online, and will be designated toward her endowment fund.

She will be greatly missed.