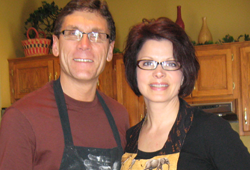 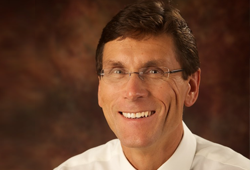 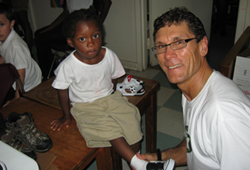 Brad Thuringer, PTA, did not begin his college career with the idea of becoming a physical therapist assistant; he had instead envisioned himself as a U.S. history and government teacher. Thuringer's life and career path took a dramatic turn, however, in his junior year when he suffered a sports injury that introduced him to physical therapy. While undergoing treatment for his injury, he was drawn to the caring nature of the profession and observed how much physical therapists truly enjoy helping others. A career in physical therapy appealed to him on a personal level. He was offered an opportunity to work for a clinic, which had agreed to pay for the remainder of his classes and allow him to pursue his passion for teaching. With a young family to support, as well as coursework and other training required, he decided that a career as a physical therapist assistant was the right path for him. He hasn't regretted a single moment.

Since 2001, Thuringer has been an instructor in the Physical Therapist Assistant program at Lake Area Technical Institute in Watertown, South Dakota. "I feel like I have the best job in the whole world," he says, "because I get to teach a person to be a part of a profession that provides such reward in assisting people to return to a normalcy in their life and be free of pain."

His involvement in both the Foundation for Physical Therapy and the American Physical Therapy Association (APTA) began after he had attended and volunteered at his first national meeting and met leaders within the physical therapy profession. His interest in government and politics easily led to a deep interest in the profession's governance and oversight. He felt compelled to do whatever he could to help make a difference. He has held appointed positions within numerous sections and chapters of APTA, including the Education Section, Pediatrics Section, Health Policy and Administration Section, and South Dakota Chapter. In 2012, Thuringer became the first physical therapist assistant appointed to serve on the board of directors for the Physical Therapy Political Action Committee (PT-PAC).

The desire to help others comes naturally to Thuringer, who is always actively seeking ways to do more. He works tirelessly in his efforts to gather brand-new athletic footwear, which he distributes to underprivileged children each year at APTA's annual conference on behalf of Shoes4Kids, a program that he founded. He may also be spotted in his bright-red PT-PAC blazer at national meetings and events actively asking for donations in support of the PAC's efforts on Capitol Hill.

The Foundation has also benefitted greatly from Thuringer's generous nature. His support of physical therapy research and the Foundation began more than a decade ago when he was first contacted by Carolyn Bloom, PT, by phone, and asked to support the Split Raffle fundraising effort. Since his first donation to the Split Raffle, he has never stopped asking himself, "what more can I do for the Foundation?" Over the years, he has encouraged other physical therapist assistants and their instructors to participate in telephone and email fund drives. He initiated the "PTA Big Give" appeal, recruiting the help of his family to bake and ship cookies to thank those who had made donations to the Foundation. He has also organized "Because I Can" run/walk events in his local community to benefit physical therapy research. "Research should be a reflex, not so much a forced stretch," he says. "Research will allow us that scientific knowledge that will undoubtedly benefit so many, many people. A gift, small or large, is just one way to make a difference."

Thuringer recently decided he wanted to do even more for the Foundation and chose to become a Legacy Partner. He designated the Foundation as a beneficiary of his life insurance policy. "By making a planned gift," he says, "you are doing something that will have rippling effects." Having established a legacy gift, he is comforted in knowing that a profession he cares so passionately about today will continue to persevere well into the future because of the generosity of supporters like him.

If you are interested in learning more about the Foundation's Legacy society, please contact us at info@Foundation4pt.org or call 800/875-1378.