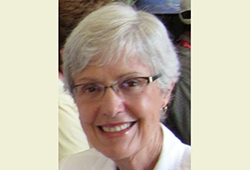 When Irene McEwen, PT, DPT, PhD, FAPTA, was in college and considering a major, she wasn't quite sure what she wanted to do. She considered something in the medical field—pharmacy at first—but then decided that wasn't for her. She had several friends that were studying physical therapy and liked what they had to say about their experiences, and she began to feel that this might be the right path for her as well. One day as she was working in a preschool doing a clinical rotation, she met a young boy with cerebral palsy who warmed her heart with his broad smile and huge, imaginative vocabulary. She knew then that this was the right profession for her. This experience led her to practice a lifelong career in pediatrics working with and on behalf of children that have developmental disabilities.

After graduation, Dr. McEwen spent time working in a hospital setting as well as in schools serving children with special needs in Washington, Arizona, and Sydney, Australia. In all of her experiences of working with children, she learned that one of the most important things for them was to have as much independent mobility as possible. Not only was this important for movement within their own environments, but also in advancing their cognition and development in other areas.

In the late 1980s, Dr. McEwen decided to pursue a PhD in special education, and this is when she had her first encounter with the Foundation for Physical Therapy. She applied and received funding for a doctoral training research grant in 1987 for her project titled, "Assistive Positioning as a Control Parameter of Social-Communicative Interactions Between Students with Profound Multiple Disabilities and Classroom Staff." She also received the American Physical Therapy Association's Dorothy Briggs Memorial Scientific Inquiry Award for this work in 1993.

Upon receiving her PhD, Dr. McEwen began working for the University of Oklahoma Health Sciences Center in the Department of Rehabilitation Sciences teaching both physical therapy and occupational therapy to students in the professional and post-professional programs. She has spent the last 2 years of her full-time career teaching online classes. She is now semi-retired, but still serves as project director of a United States Department of Education training grant for occupational therapists and physical therapists pursing a doctor of science degree.

Throughout her career Dr. McEwen has been involved in activities with both the American Physical Therapy Association and the Section on Pediatrics. She has enjoyed her participation and the networking opportunities that both groups have provided for her. She has served on Physical Therapy's editorial board as editor for case reports, and on various committees with the Section on Pediatrics, including the Pediatrics Specialty Council and chair of the Research Committee.

Dr. McEwen decided to make a planned gift to the Foundation because it would allow her an opportunity to give back and "pay it forward" to a profession that has been really good to her throughout her career. She believes that research is vitally important, and because of her special interest in pediatrics and her desire to expand research in this area, she is designating her planned gift toward a pediatrics-focused endowment fund. "It's important for people to know that this mechanism exists for supporting research, and that a legacy gift is a great way to make a gift in the future," McEwen says.